There's an inner child in all of us. Here's one. His name is Daniel. Here he is smiling unaware of his dark shadow behind him. But there's another problem.... He's lost 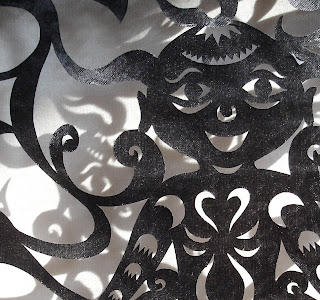 This silk paper cutting was cut in 2009 and is currently on show at Suho Paper Museum in Taipei.
This silk paper cut is called ‘Lost in Forest Wild’. It’s a kind of fairy tale about Daniel and his adventure in a dark forest. It’s a story of Metamorphosis and discovery. 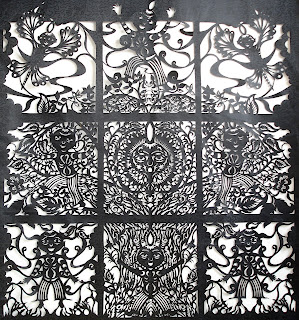 The story starts with Daniel happily floating through life. He allows himself to be blown by the breezes of destiny. 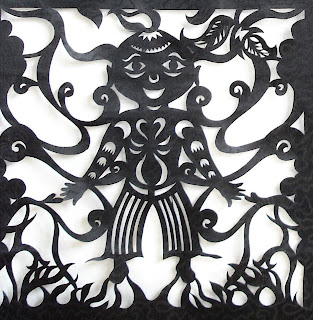 The problem is he’s unknowingly blown into a threatening forest. The trees are hungry! 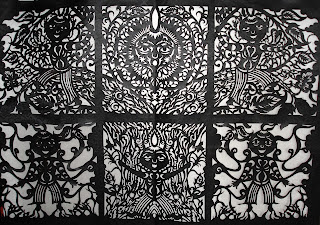 Daniel is caught by one of the trees. He’s trapped and can’t escape. 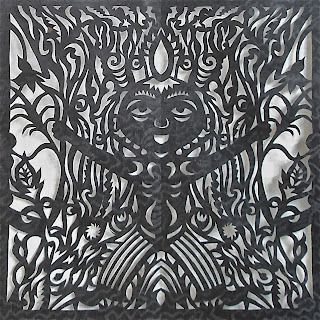 He’s absorbed into the tree. It swallows him up.  He becomes part of the woody insides eventually becoming part of a fruit. 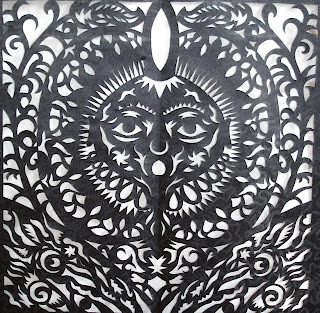 He realizes he needs to escape. This is the first decision he’s made in a very long time. Using all his strength he breaks out of the fruit and climbs onto the branches. 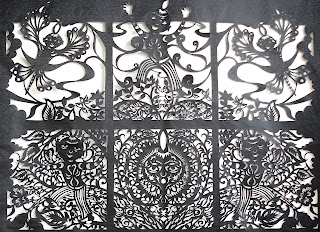 He climbs higher and higher until he reaches the top of the tree.  Freedom at last! 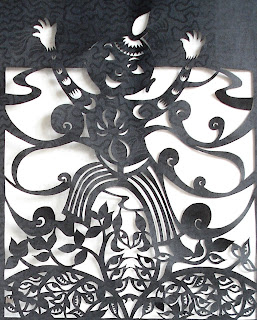 Around him the wind blows, the sun shines and butterflies flutter in the breeze. Through this experience he has rediscovered himself. But will he be able to control his destiny? 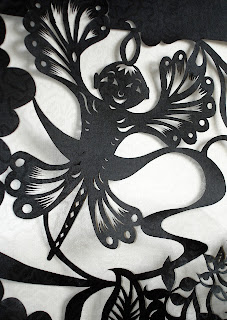 Thank you. My imagination has no horizon's when I look at your art. I can see forever!

Holistically, glancing at all 9 panels you can envision a butterfly...each separate character as well is taking a butterfly stance...wow, super stuff!

Thank you. My imagination has no horizon's when I look at your art. I can see forever!Holistically, glancing at all 9 panels you can envision a butterfly...each separate character as well is taking a butterfly stance...wow, super stuff!

You have decribed your imaginary kid in such an amazing way by showing these images. I haven't found such an awesome blog so far. loved to read it. Good luck mate